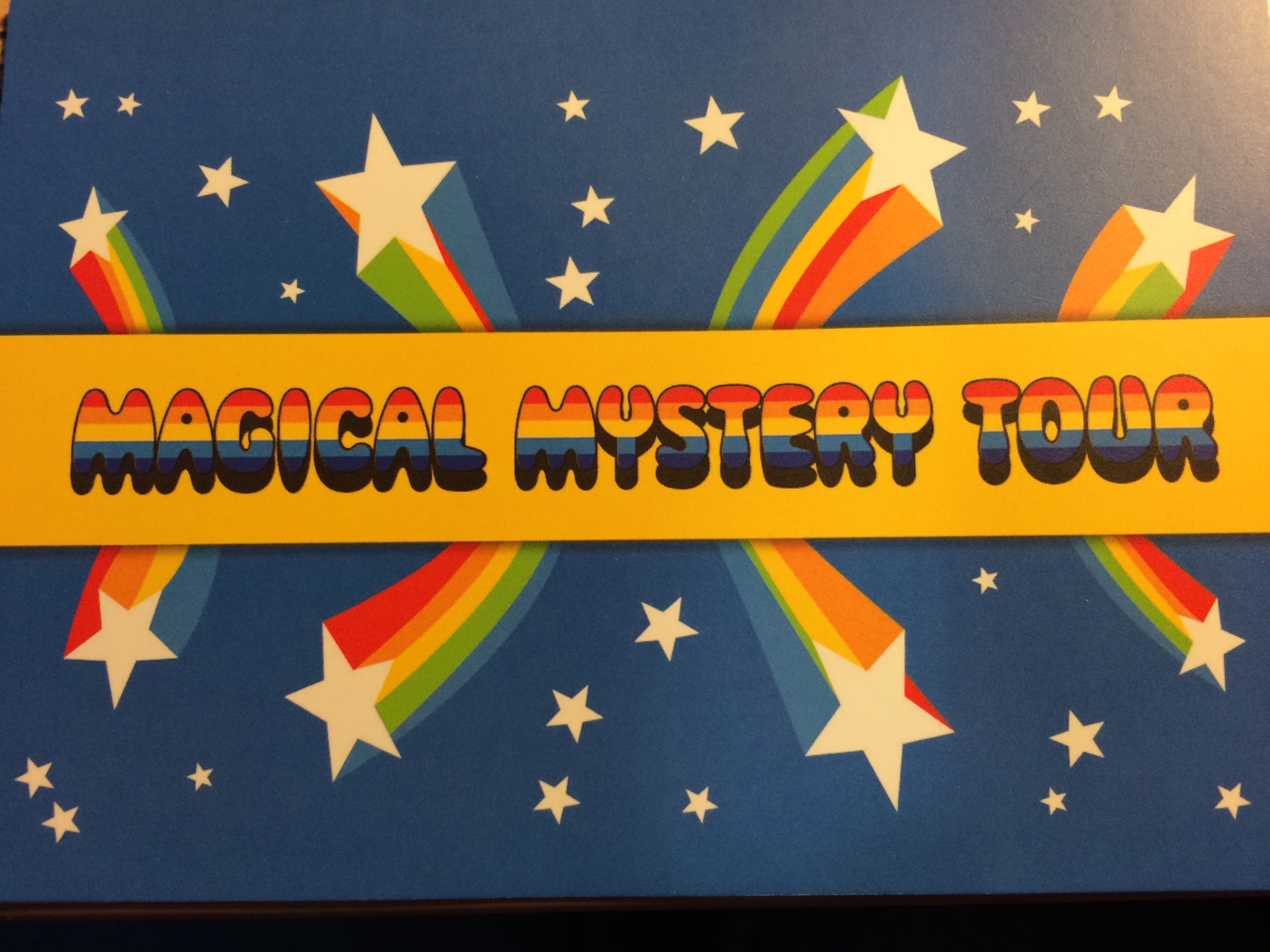 We said goodbye to York on Tuesday, dropped off the rental car and took the train to Liverpool.  Arriving on a sunny afternoon we made our way from Lime Street station through the very busy Liverpool One, a newly done pedestrian retail center, towards our hotel, located right across from the Albert Dock. Too early for check-in, they allowed us to leave our luggage and we went exploring.

Liverpool is a major seaport with a long maritime history.  The White Star shipping line was founded here and both the Titanic and the Lusitania were registered in Liverpool. We strolled along the Dock area, filled with restaurants and museums.   The Liverpool Eye, not as big as the London Eye, but a good sized Ferris Wheel, circles high above.  We crossed the street and had a pint at the Baltic Fleet before checking into our hotel.

Inside the Baltic Fleet 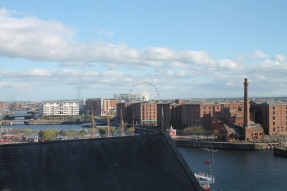 View from our hotel room

Walking through Liverpool One

The Baltic Fleet — where we stopped for a pint

We all live in a yellow submarine….. 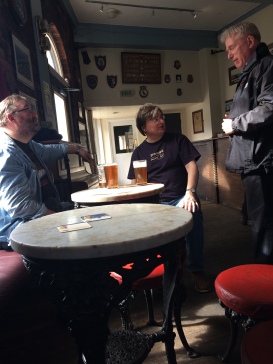 The lads having a pint at the Baltic Fleet

Sunset over the docks 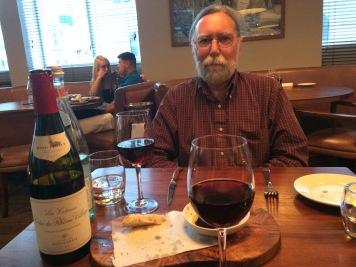 We never saw one humped zebra.

View from our hotel — looking toward Albert Dock

Old Baltic trading ship. Pulled up from the bottom of a harbor and restored.

Liverpool is, in its own way, a fascinating city, showing a cross section of British middle and working class life.  It’s proud of its history and culture which includes a strong musical tradition. Which, of course, gets us to the point of this particular stop on our trip, the Beatles!

Liverpool is very proud of being home to the Beatles and we wondered how many people there make their living off of the Beatles’ legacy.  We were more than happy to contribute to that little piece of the local economy!

‘The Beatles Story’ is a very well done museum that takes you through the history of the band and their individual life stories.  It was a bit crowded, and the audio tour was a bit disjointed, resulting in “bunching” of  groups going through, but overall it was a great little museum. 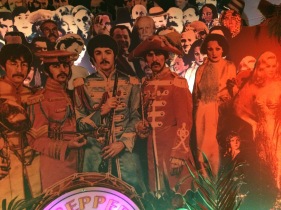 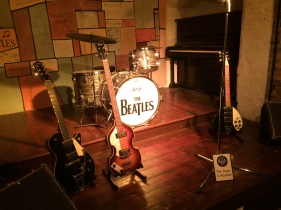 After that came the main event, the Magical Mystery Tour, a 2 and a half hour bus tour that took us to all the key Beatles related sites in Liverpool. Childhood houses, St. Peter’s Church where John and Paul first met at a garden party, and of course Penny Lane and Strawberry Field.  What more is there to say? Our guide for the tour was Jay Johnson, brother of Holly Johnson who achieved fame in the 1980s as lead vocalist for Frankie Goes to Hollywood.  A native Liverpudlian, Jay attended Quarry Bank High School, where John Lennon went and which was the inspiration for John’s first band name “The Quarrymen.” Jay has also been active in helping to preserve the Beatles history, including a successful campaign to restore the neglected grave of Eleanor Rigby at St. Peter’s church. 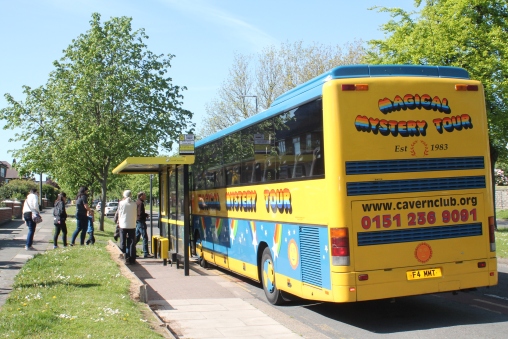 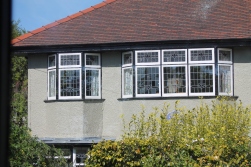 …behind the shelter in the middle of the roundabout…”

Arnold Grove — George’s street. (And pseudonym he’d use when checking into hotels) 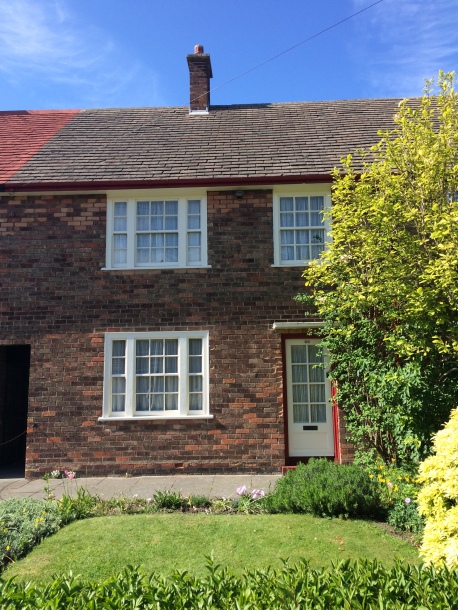 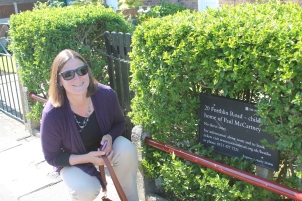 Carol in front of Paul’s house

The tour ended at the Cavern Club where the Beatles were discovered. Although the buildings above have been razed and rebuilt, the cellar housing the club was spared and is now a working club again. Several floors underground with arched brick walls, it lives up to its “Cavern” name. We got a pint, listened to a guitarist do Beatle covers and took in the ambiance of this historic spot. Afterwards we headed over to the Grapes, the pub where the Beatles would often grab a pint before going onstage. Our tour gave us free entry into the Cavern later in the evening when local bands would begin playing, but we were tired and opted out.  Much to Mike’s great disappointment when we read the next day that Paris Hilton had been there.

Mike getting a pint

Mike at the Cavern Club

Welcome to the Cavern 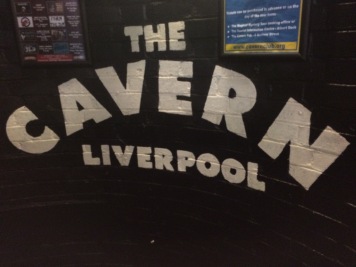 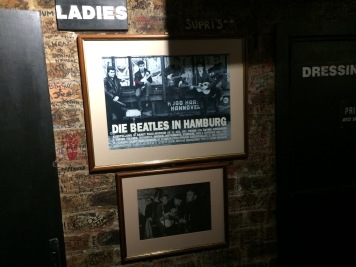 The Beatles in Hamburg 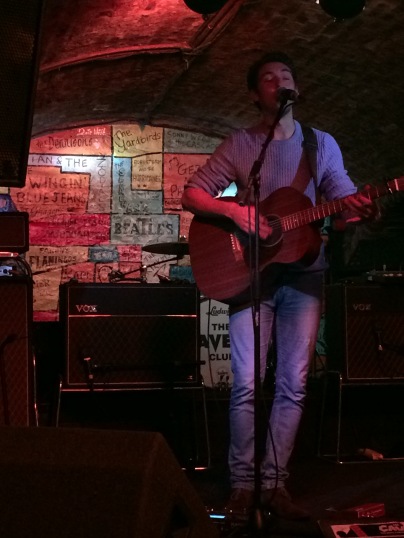 Guitar player at the Cavern Club 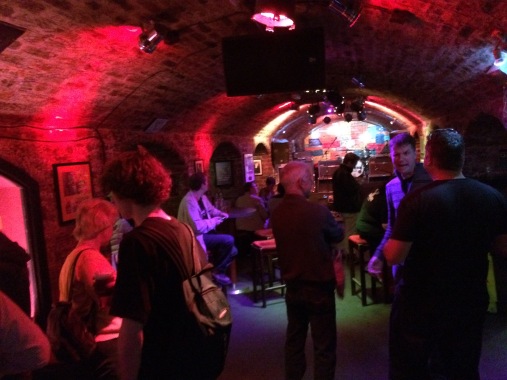 Inside the Cavern Club

Mike with John in front of the Cavern Pub. Not to be confused with the Cavern Club. 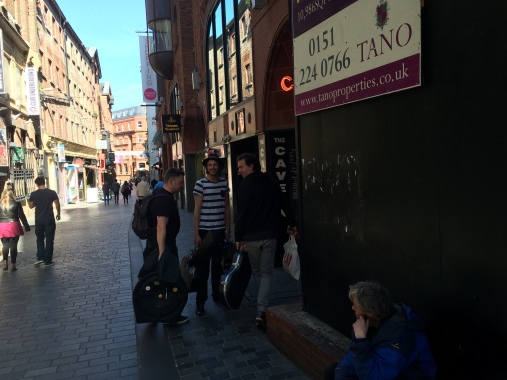 Musicians heading into the Cavern Club. Mathews Street in the background. 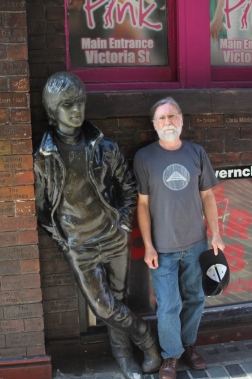 Mike hanging out with John 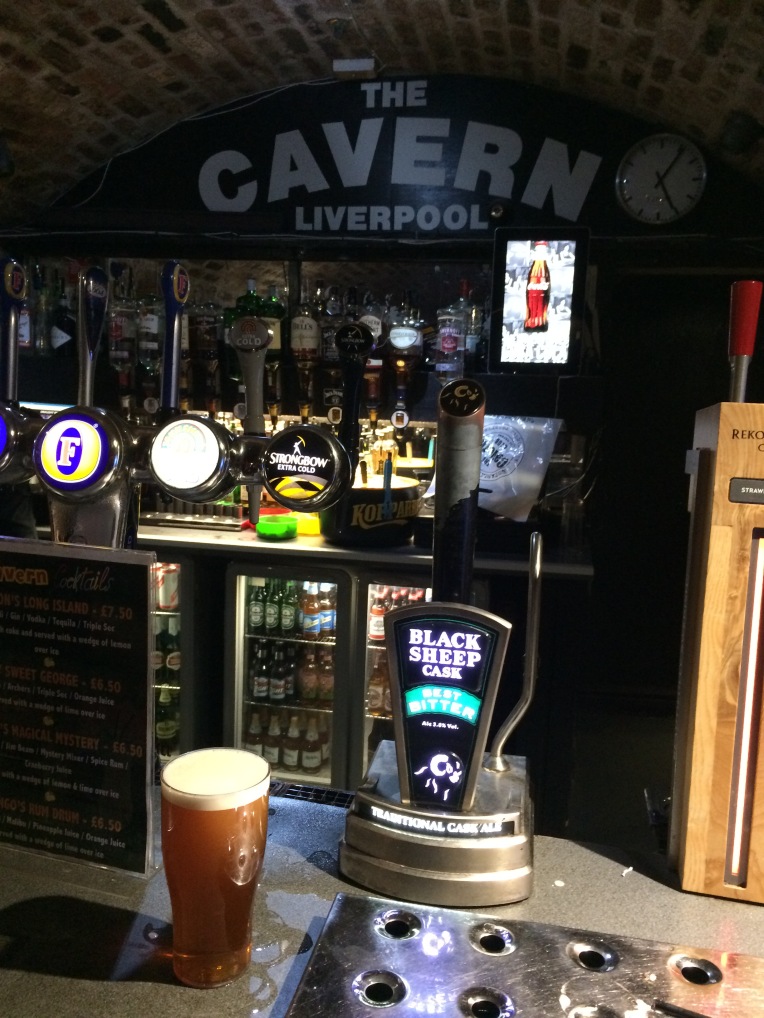