But down by the Thames
Three-hundred feet above the river
Soaring higher than church spires:
Skylon…

“Skylon” from the CD “The Second Brightest Star.”  Words and music by Greg Spawton, David Longdon, and Rikard Sjöblom

Britain recovered slowly from World War Two, and its infrastructure and economy were still being rebuilt into the 1950s.  In 1951, the Festival of Britain was created to celebrate British industry, arts, and science, and to promote a feeling of recovery.  Skylon was the most prominent feature of the festival — a cigar-shaped futuristic looking tower.  The base was 50 feet off the ground and the tip 300 feet high.  It was held upright by nearly invisible cables, giving it the appearance of floating in air.  Sadly, Skylon was cut up for scrap metal in 1952.  There is a small plaque in the ground on the site where it once stood, very close to where the London Eye stands now.

We visited Skylon on Saturday afternoon, part of a day of walks along the Thames viewing London sites and more Lost Rivers.

Where the Skylon Stood.

Where the water’s edge
meets the squares and the streets
the river “knows the mood
of kings and crowds and priests”
Take tea in the gardens
drunk for a penny or two
stars will lead you home.

“London Plane”  From the CD “Folklore.”  Words and music by Greg Spawton

(The quote is from Rudyard Kipling’s “What Say the Reeds at Runnymede,” a poem about the signing of the Magna Carta.)

A London Plane is a hybrid between the American sycamore and the oriental plane.  Very hardy and long-lived, they adapt well to an urban environment and have been planted in London since the 1700s.  No one knows just how long they live, but they say none have ever died of old age.  The song is about a London Plane, on the banks of the Thames, witnessing the history of London through the centuries.

In his discussion about the song, Greg says he chose York Watergate as the site of “his” tree.  The Watergate, built circa 1626, was the entrance for the York House estate residents and guests to enter and exit from the Thames river.  The estate is long gone and the river is now 150 yards away due to the construction of the Thames embankment.

York Watergate. The banks of the Thames used to come right up to here.

Continuing on our journey along the Thames, and returning to the Lost Rivers of London theme, we passed by the outflows of the once mighty River Fleet and the River Walbrook.  Along the way and beyond, we took in the many sights of London, past and present, that can be seen from along the river. 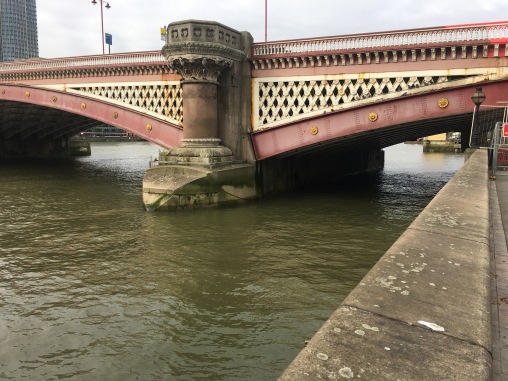 Where the River Fleet flows into the Thames. (Another lost river).

Near where the Walbrook flows into the Thames 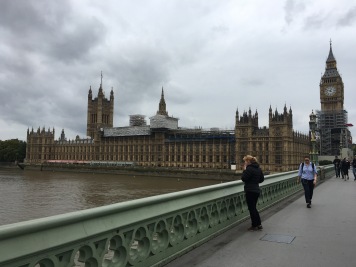 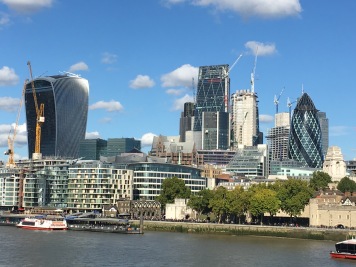 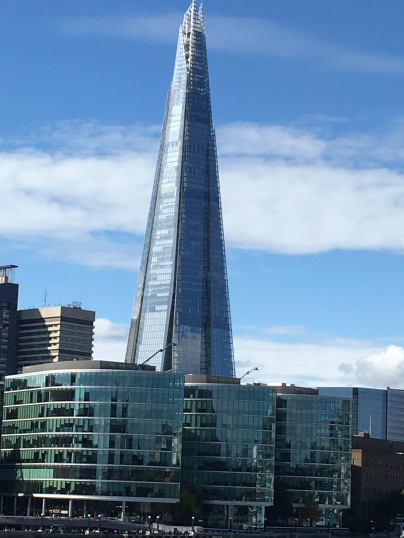 Mosaic capturing the history of England 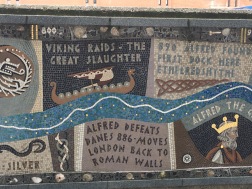 Mosaic capturing the history of England

Tower of London from the back.

Side view of the Tower of London 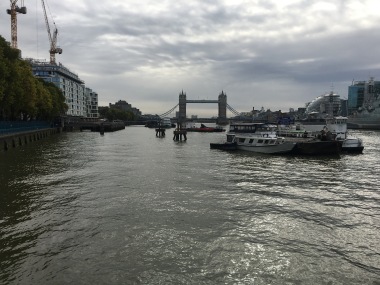 Where the old city once began

One thought on “Walk along the Thames”