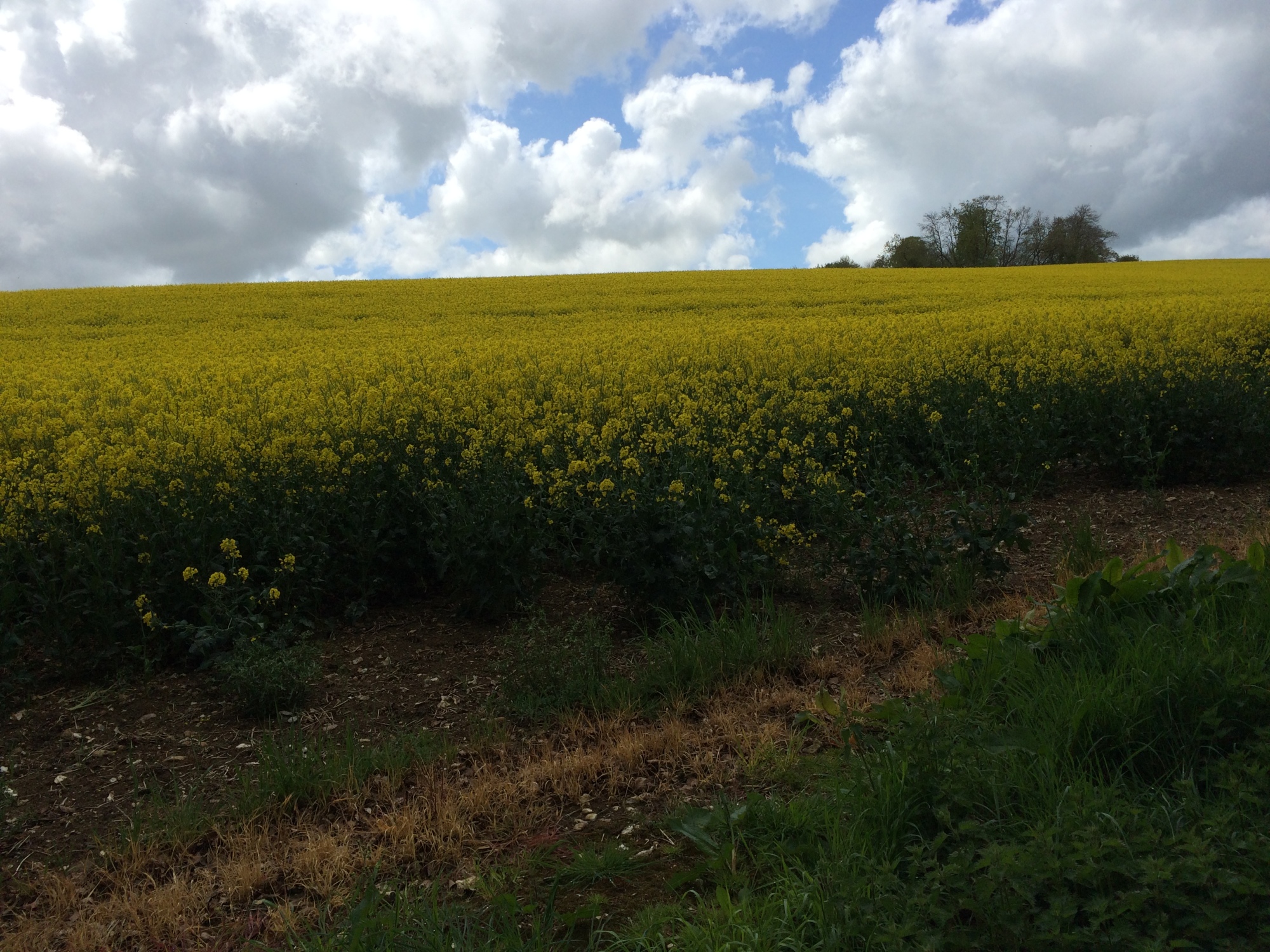 Not all of our time in England has been spent visiting famous sites, although there has certainly been a fair amount of that.  We’ve taken a few breathers along the way as well.

Hungerford, in Berkshire, was home base for our meanderings around the southern part of England.  A small market town on the River Kennet, Hungerford proved to be very walkable and inviting, with several small inns and pubs. A stroll along a canal that runs through town reveals houseboats and a beautiful old church. 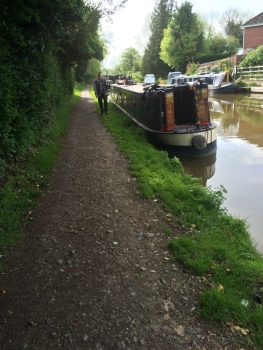 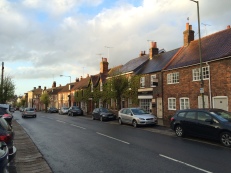 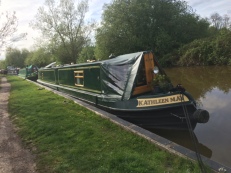 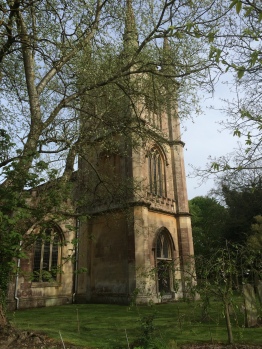 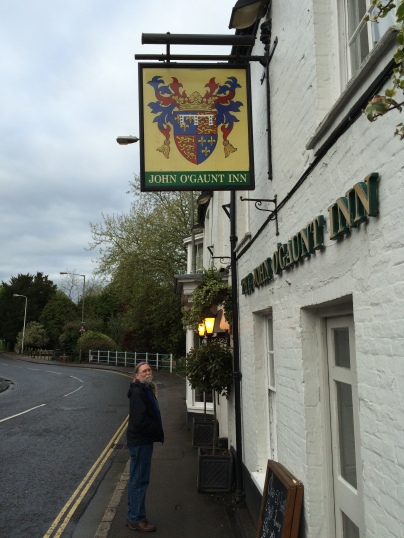 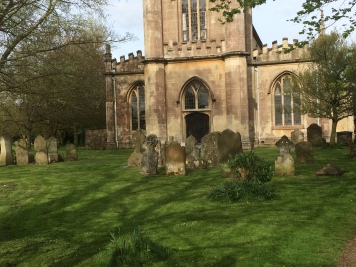 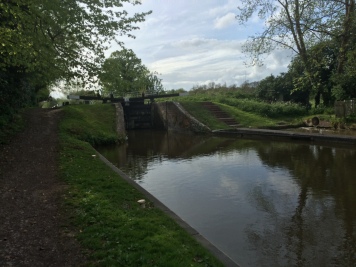 We availed ourselves of the hospitality of Pat and Colin Honeybone who have converted part of their home into Honeybones B&B.  With their children grown and on their own, the Honeybones reserve two rooms for guests, renting only one at a time, so it makes for a very homey and comfortable stay.

Pat cooked us a lovely English breakfast every morning which we ate in a small sunroom looking out on a beautiful garden, and, beyond that, wide open green fields.  We had quite a lot of rain and wind the first day or two, but by the last day there we got some beautiful sun. (As Colin said, “we don’t have a climate in England, we just have weather.“)

The first morning in their house I noticed a map of the Annapurna range in Nepal. Having trekked through there in the late 1980s I asked about it. Turns out the Honeybones have done a lot of travel, including through Nepal, India and Thailand. We exchanged some stories as I delighted in meeting people in such an out of the way place with whom we would have so much in common.

The Honeybones are walkers. Pat has a regular walking group, and Colin is a member of the Ramblers Association, a group that volunteers to maintain the walking paths, replacing worn out stiles with new gates, etc.  Pat’s eyes lit up the morning we told her we had no plans for the day and just wanted to go walking. She gave us loads of information about our selected route – a 5 mile circuit from Ramsbury, one of the next villages over.

We had a delightful walk through woods and fields, past cottages and along paths lined with wildflowers. Part of the walk included a stop at the Littlecote House, a Tudor era mansion partly converted into a hotel. The oldest section of the house dates back to the 15th century and, rumor has it, is where Henry VIII wooed his third wife, Jane Seymour. 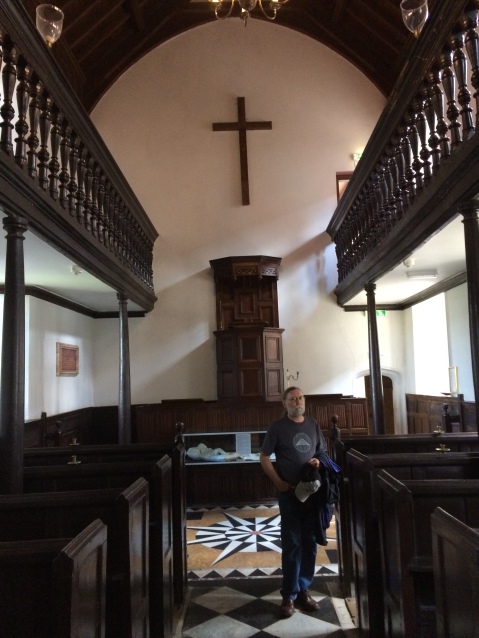 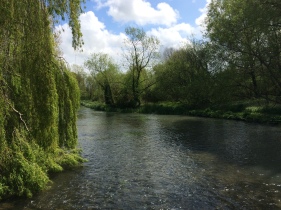 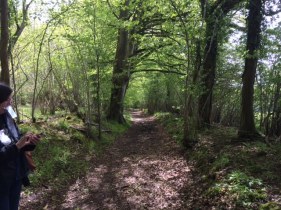 Wildflowers along the way 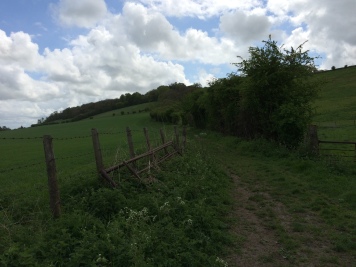 Walking in the country 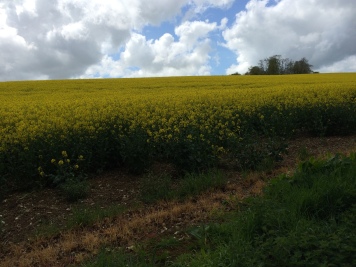 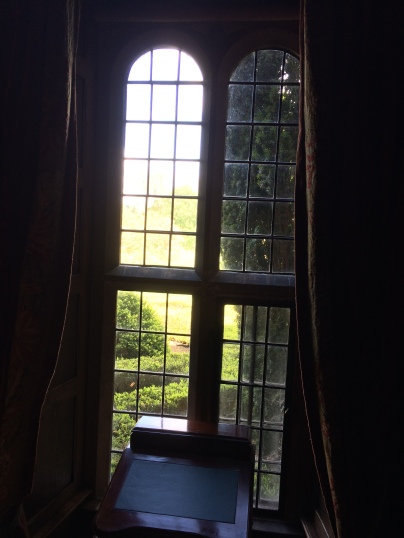 View through window at Littlecote House 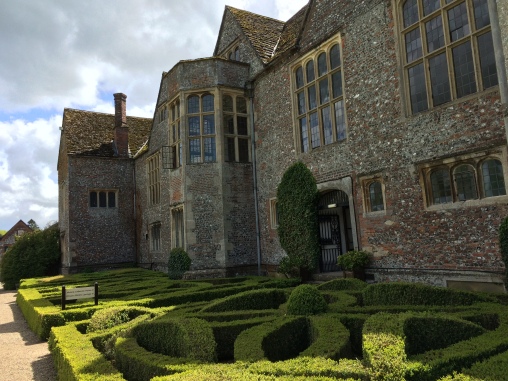 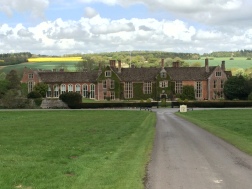 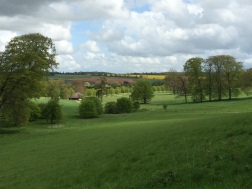 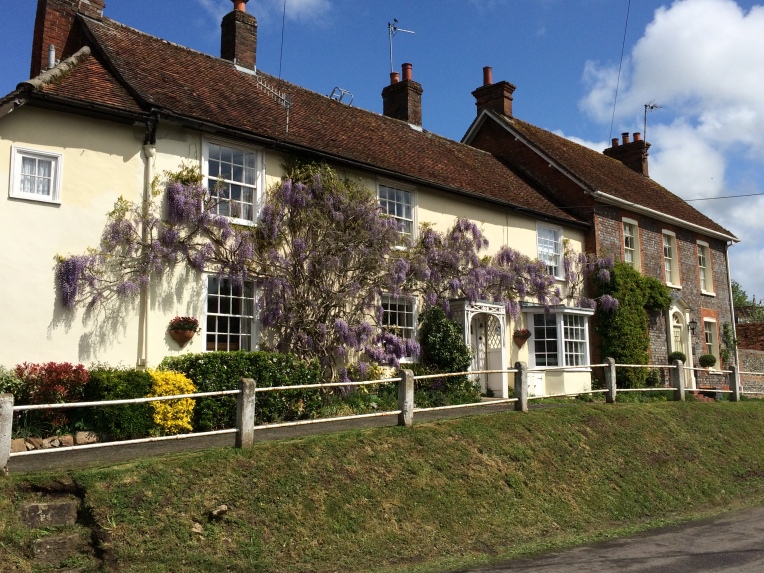 In the 1700s they discovered the ruins of a Roman Villa near the house, complete with a mosaic near the gardens.  The ruins were then neglected and largely forgotten about until the 1970s when they were properly excavated and restored. 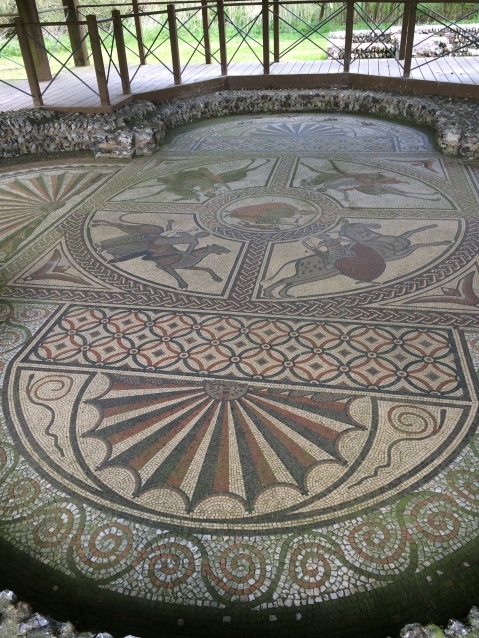 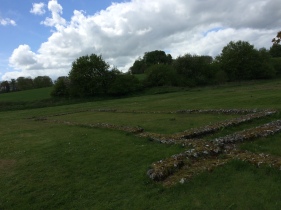 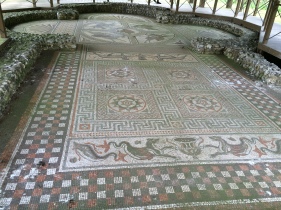 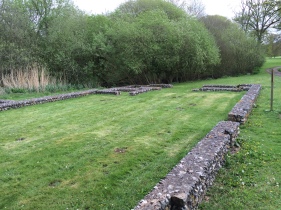 Roman Villa
After our walk we had lunch at The Bell, a hotel and pub in Ramsbury. Every village and town in England has a pub where anyone can walk in and is made to feel welcome. Local ales kept in traditional hand pulled casks are always available as well as a selection of tasty home cooked food.  What passes for “pub food” here would be high end dining in the US. The reputation of English food as overcooked and tasteless no longer has any basis in reality.  And of course almost all the ingredients are local and fresh. 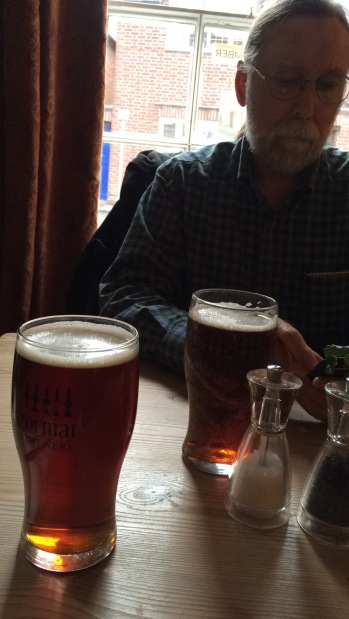 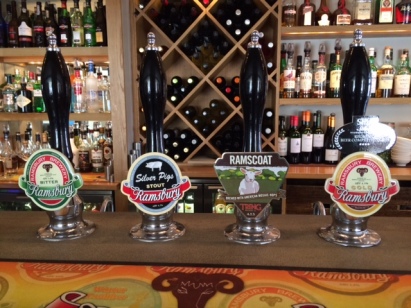 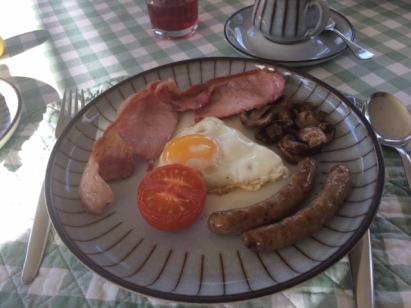 And, speaking of good food, we have a tradition of having one extravagant dinner out on all of our trips abroad. In that tradition, we ended our stay in Hungerford with a Pascal Jolivet wine dinner at the Harrow at Little Bedwyn, a Michelin starred restaurant out in the middle of nowhere.

We had emailed the restaurant in advance of our trip to see about getting a reservation for Thursday night.  They said yes but indicated they were having a special wine dinner featuring Pascal Jolivet wines from the Loire valley on the night we were requesting. We said that was no problem — we’d be delighted to join! We’ve had some Pascal Jolivet wines before and knew they would be good.

The dinner was sumptuous and Pascal, himself, was there to talk about the wine and to chat with diners. The whole evening was a real treat and we were very warmly welcomed by our hostess, Sue, who owns the restaurant along with her husband.    Close to midnight we shared a taxi back to Hungerford with some fellow diners, locals who expressed their amazement and delight that two Americans had found this restaurant and were staying in a small out-of-the-way village like Hungerford! The taxi dropped us off first and our new found friends wouldn’t hear of letting us pay any portion of the fare. 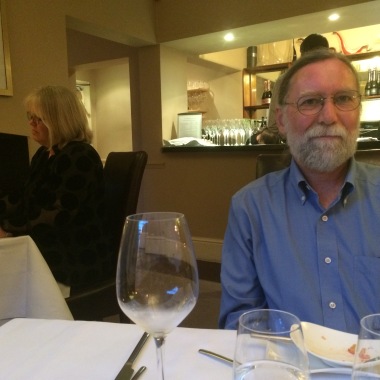 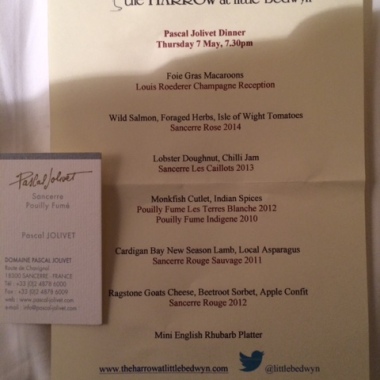 So ended our last night in Hungerford. Tired and happy and ready for next day’s drive up to York via Stratford and Leicester.