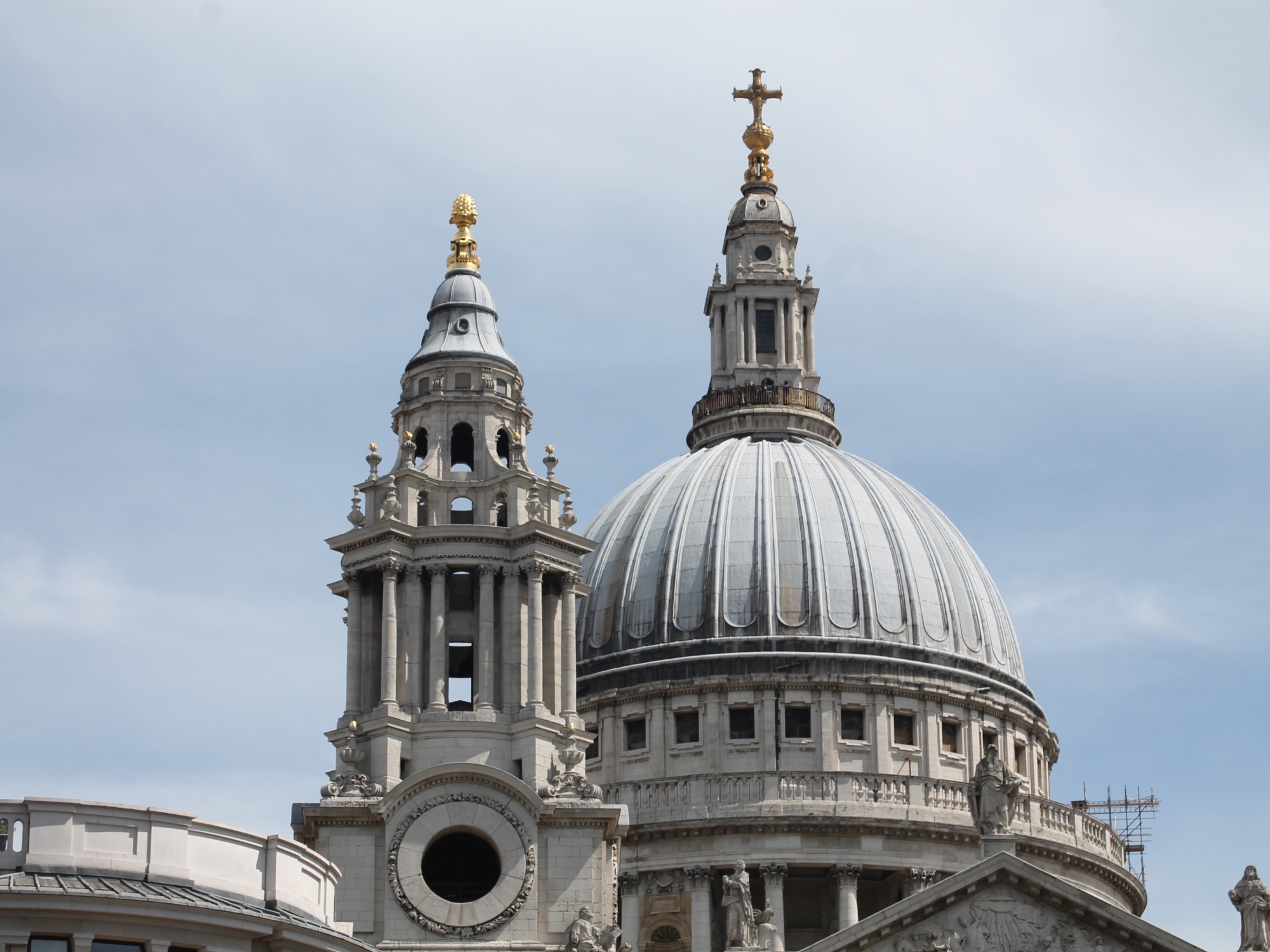 It’s Wednesday already and we’ve been in England five days now!  We’ve had some challenges with WiFi access, so haven’t been able to post for a few days….  so we’ll have to get the past two or three days caught up!  Starting with Monday in London.

One of the striking things about London is how this almost 2,000 year old city holds on to pieces of its past.   The Romans came in 43 AD and built their walled city of Londinium. They left and were followed by the Angles and the Saxons in the 5th Century, the Vikings in the 10th Century, and then by the Normans when William conquered in 1066.  The Plantaganets ruled for 500 years followed by the Tudors, the Stuarts and all the Royal houses up to the present day. And each era left its mark along the way. Today, tall glass spires are juxtaposed against medieval churches, Victorian houses and bits of ancient Roman walls.

Monday was a whirlwind of a day, walking for miles as we traversed the streets of London seeing the major sights. Knowing our time would be limited we had winnowed down our list of things to see into the “must dos,” which still left just a day to visit Westminster Abbey, Trafalgar Square, St. Paul’s and the Tower of London.

We wandered the church in awe of its beauty and of the 1000 plus years of English history. We saw the spot were every monarch since 1066 has been crowned. And visited the tombs of so many of the men and women who shaped the political history of England. Henry III, Edward I and Eleanor of Castile, Richard II, Henry VII and Elizabeth of York, Margaret Beauford, Queen Mary and Elizabeth I buried together, and Mary Queen of Scots.  And that’s just the Royals!  I could go on about Chaucer, Newton, Darwin…  but time is running short and there is still a whole day ahead of us!  (No photography inside the church, unfortunately.) 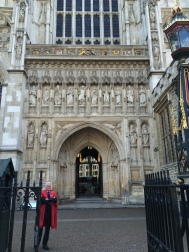 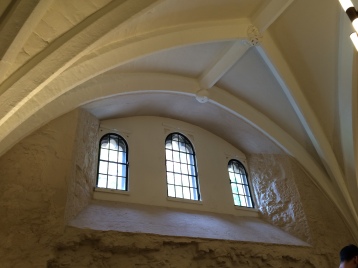 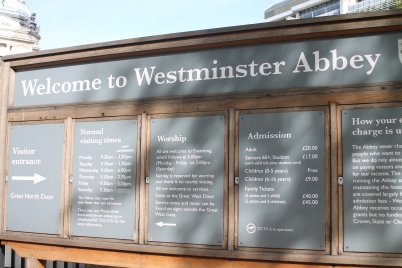 The next stop was Trafalgar Square, passing Big Ben, Westminster Palace, Downing Street and St. James park along the way. 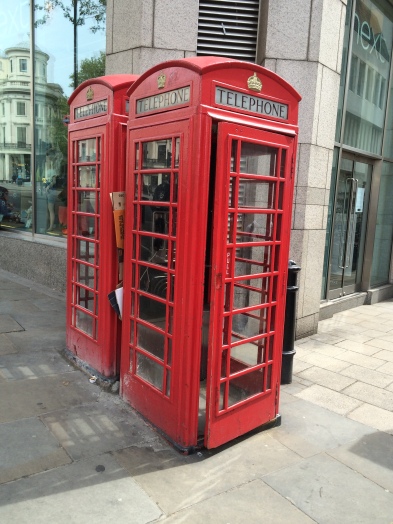 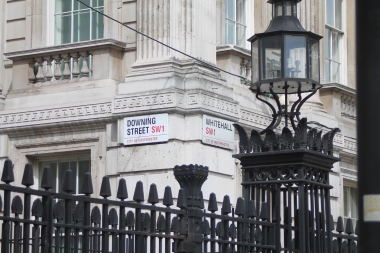 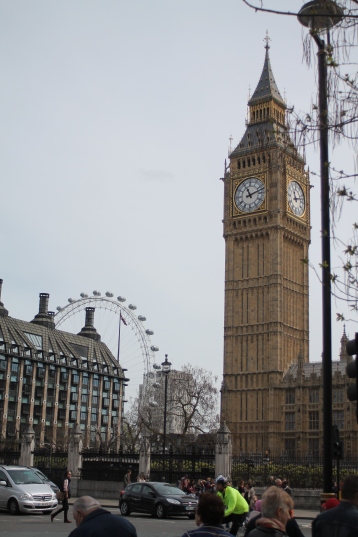 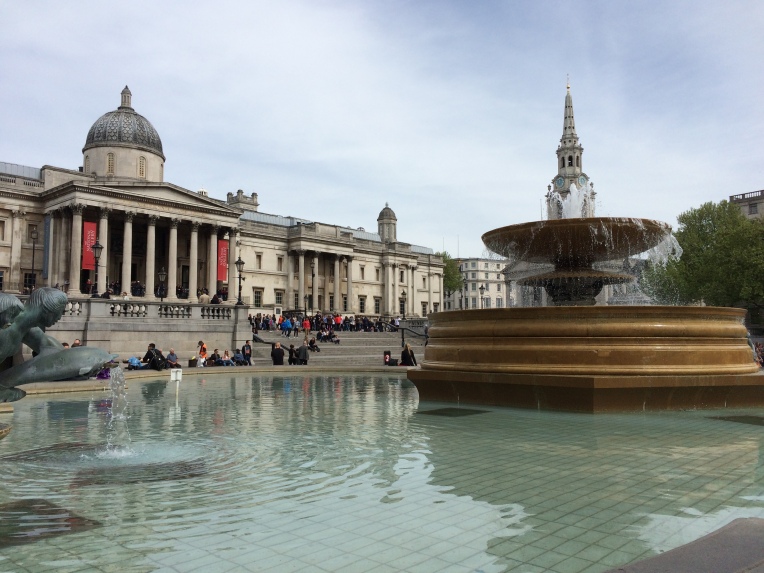 We paid our respects to Lord Nelson and then continued on to St Paul’s cathedral.  Walking along the river we passed into historic London making note of a marker designating one of the old gates into the walled city. After stopping in to the Blackfriars Pub for fish & chips, and steak & ale pie, we continued up Ludgate Hill to St. Paul’s.

Built in the 17th Century after the Great Fire of London, the cathedral sits on the site of a 7th Century church to St. Paul the Apostle.  It sits at the top of Ludgate Hill, the highest point in  London, designed by the architect Christopher Wren.  Again, it did not disappoint – absolutely stunning.  Again, no photography inside the church. 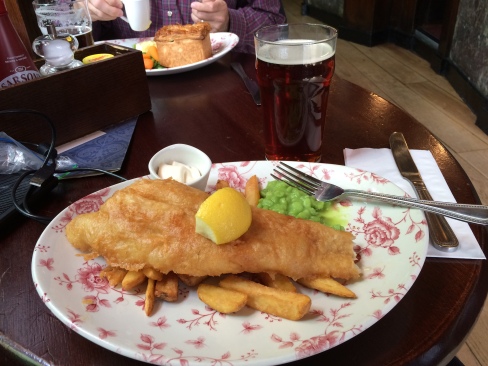 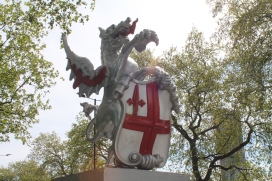 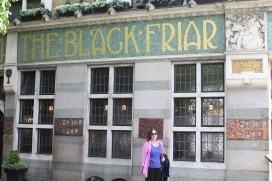 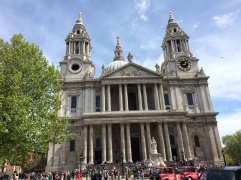 We continued up Lower Thames street and made our way to the Tower of London.  Navigating through an overwhelming crowd we picked up our tickets (pre purchased online) and found the entrance.  Audio guides helped get us oriented and we began exploring.

Built by William after the Conquest, the Keep originally stood just inside the walls of London and was right up against the Thames. It was an imposing structure meant to dominate the landscape. Now, of course, London rises up much higher, dwarfing the old Fortress. Over time, the walls were expanded and the Thames pushed back. Two walls now surround the White Tower (the original Keep).  For the past 1,000 years the Tower of London has been a fortress, a royal residence, a prison, and, now a museum.  We went into White Tower and saw the armories. Wandered the grounds and saw the spot where Anne Boleyn, Catherine Howard and others lost their heads. And wandered through the rooms that held the “Princes in the Tower.”   Once again, a whole lot of history in one little spot. 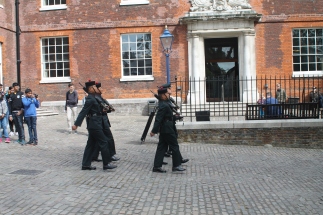 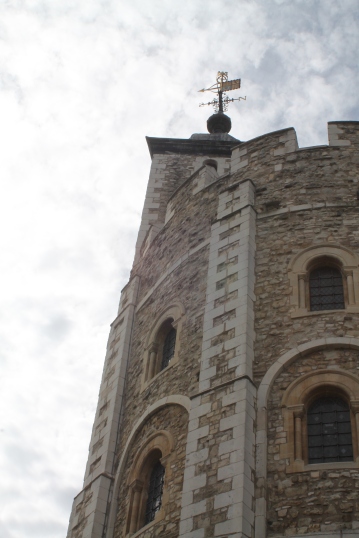 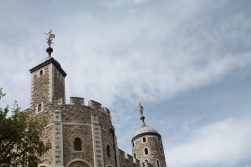 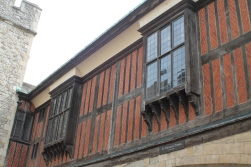 After the Tower we walked across Tower Bridge and into Southwark. An open air market we were looking for turned out to be closed but we did find a lovely spot for some wine and cheese which picked us up just enough to start making our way home. To really do London properly we would need another week, but for having just three days we did very well. 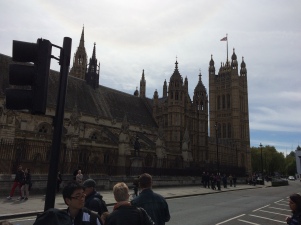 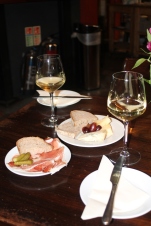 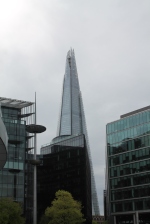 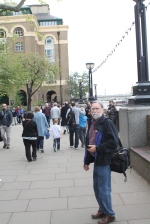